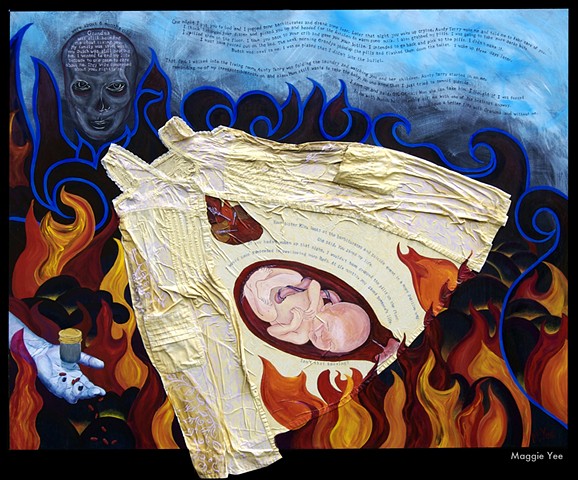 Grandma was still hounding me about taking you. My family was upset with me, Butch was still beating me. I wanted to end my life because no one seemed to care about me. They were concerned about you, rightly so.

One night I put you to bed and I popped some barbiturates and drank some beer. Later that night you woke up crying, Aunty Terry woke me and told me to take care of you. I think I changed your diaper and picked you up and headed for the kitchen to warm some milk. I also grabbed my pills. I was going to take more barbs but, I spilled them on the floor. I took you back to your crib and gave you your bottle. I intended to go back and picked up the pills. I didn’t make it. I must have passed out on the bed. The next morning Grandpa pick-up the pills and flushed them down the toilet. I woke up 3 days later. Butch was next to me. I was so pissed that I didn’t bite the bullet.

That day, I walked into the living room, Aunty Terry was folding the laundry and watching you and her children. Aunty Terry started in on me, reminding me of my irresponsibleness, oh and also, Mom still wants to take the baby. No one knew that I just tried to commit suicide. I gave up and said, OK, OK call Mom she can take him. I thought if I was forced to be with Butch he’d probably kill me with one of his beatings anyway. You would have a better life with Grandma and without me.

Your sister Kim, looks at the barbiturates and suicide event in a more positive way. She said, You saved my life. If you hadn’t woken up that night, I wouldn’t have dropped the pills on the floor. I would have succeeded in swallowing more Reds. At six months, you saved someone’s life. Isn’t that amazing?